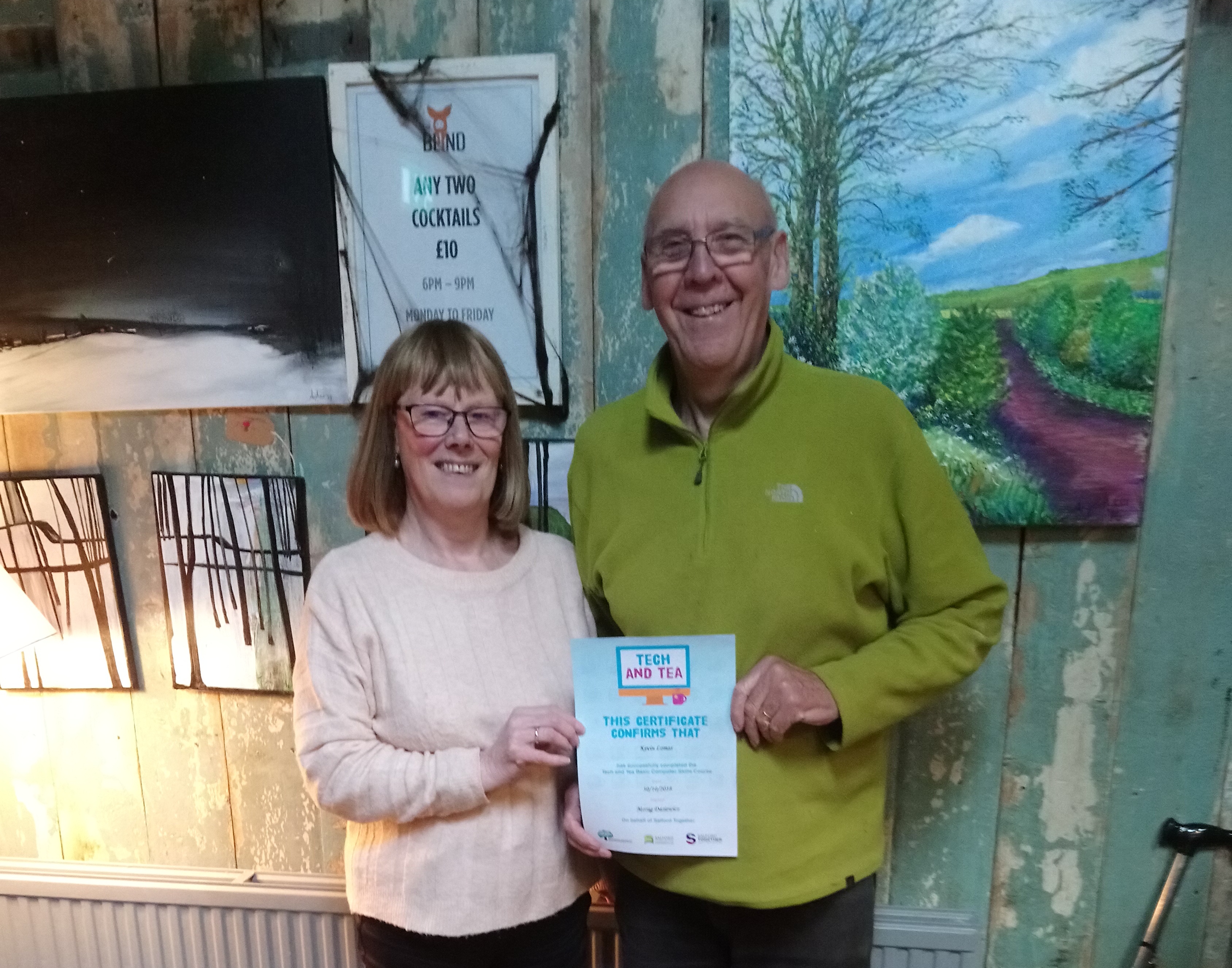 Meet Kevin Lomas, Kevin recently took part in one of our Tech and Tea courses at The Blind Pig in Monton, he got involved because his wife had previously been on a course at the Rainbow Rooms in Eccles and was keen to do the course for himself. Little did he know, that when the course finished and he was given his certificate, he was the 1,500th person to have completed Tech and Tea.

Salford City Council has a huge focus on Digital Inclusion with the launch of the Digital You programme where they are aiming to work with 8,000 residents over the next two years. In the meantime, Tech and Tea has just finished its third year and is set to carry on for a further year and a half. By March 2020, we will have worked with 2,250 people.

Tech and Tea is a five-week basic IT course aimed at older people across the city, funded by Salford City Council and Salford Clinical Commissioning Group. Tech and Tea is delivered in the community, with the social part just as important as the learning. 35% of people have reported a decrease in loneliness while taking part in the course (using the Campaign to End Loneliness Tool)

Huge congratulations to Kevin, and to all the 1,500 people who have passed through the Tech and Tea course.

If you would like to find out what courses are coming up across the city, please get in touch.